I jest, as we all know the answer…

If you don’t respect Chick Fil A…you’re an un-American idiot. This company gives cold water to the hateful gay mafia who is protesting them…because the company believes in normal marriage. They fed everyone free who lined up to give blood for the victims of the Orlando Pulse muslim terror attack on gay people…on Sunday, when they are closed…Fed people free who were trapped in a blizzard. They are simply nice, patriotic and decent…and their food is tasty and high quality. 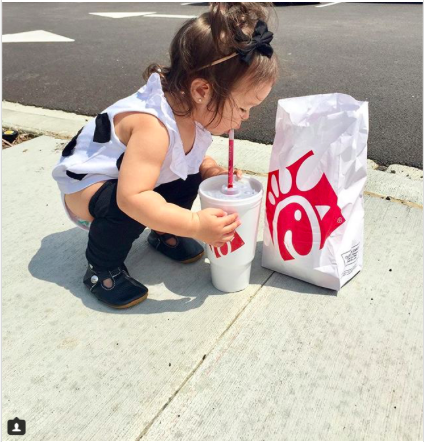 They ran a promotion where anyone who showed up some in some sort of cow costume received a free entree, so families showed up for the fun and food. 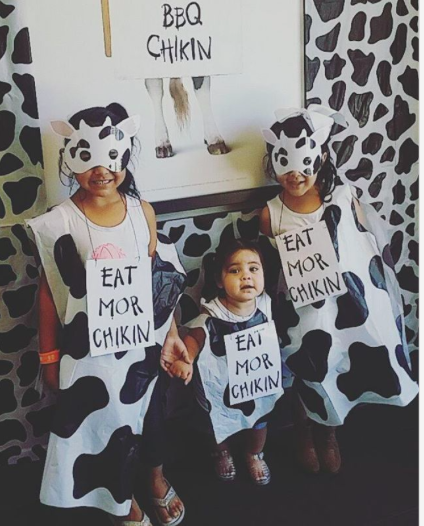 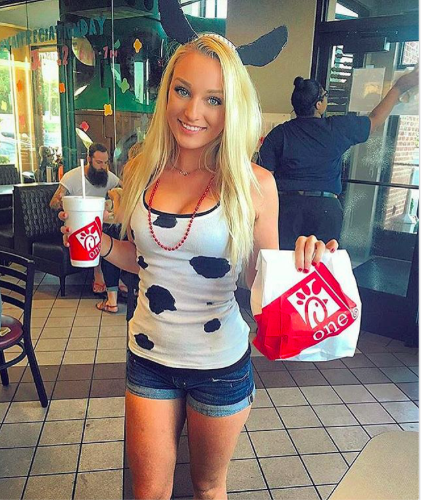 But in Florida a bunch of blood splattered, knife brandishing, nazi-leftist-vegan freaks showed up to spoil the fun and traumatize the children…

“They came in slicing each other’s throats, putting each other on their knees, dropping them onto the floor in front of a bunch of children,” said Crystal Valle-Najar.

Liberals love to terrorize children. They were at it again on Tuesday at a Pinellas Park, Florida, Chick Fil A fast food restaurant where a group of knife-wielding vegan protesters staged a mock slaughter of cows inside the chicken-themed restaurant while parents protected their children. The occasion was Chick Fil A’s ‘cow appreciation day’ where customers who dress as a cow are given free food.

WFLA-TV reported customers and children were alarmed by the protest.

Real-looking knives, splattered fake blood and screaming kids. It’s not the kind of scene Chick-fil-A envisioned when they kicked off “Cow Appreciation Day.”

But, that’s what happened when protesters stormed the Pinellas Park restaurant during the lunch rush. The restaurant offered free food to people dressed like a cow.

An animal rights organization picked the spot to make its point. In front of dozens of startled customers, including many kids, they staged a loud protest.

Smiles turned to anger as they realized fake blood covered people in cow and chicken costumes and one person carried a huge knife.

“People running in with knives, bleeding. Like bleeding on their shirts and just bloody knives. It scared the kids,” said Nichole Kretchmar.

Some parents shielded kids from the gory protest, but plenty watched.

“That’s sad, because a lot of the kids are an age where they can’t tell the difference between what’s real and fake. So, I believe everybody has a right to say what they believe in and what they feel is right. But, I also believe they took it too far,” said Tina Leacock.

The protesters are from Direct Action Everywhere Pinellas.

It opposes eating meat or anything else from animals.