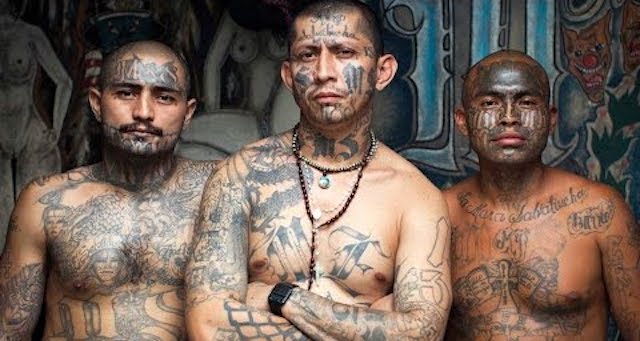 The best argument mainstream media figures can make that they aren’t out to get President Donald Trump is their apparent desire to see him reelected in 2020, because displays like we saw Wednesday night are worth more than any campaign donation.

Trump, responding to a comment from Fresno County Sheriff Margaret Mims about the murderous, transnational gang MS-13, said the following at the White House: “We have people coming into the country, or trying to come in. We’re stopping a lot of them, but we’re taking people out of the country. You wouldn’t believe how bad these people are. These aren’t people. These are animals, and we’re taking them out of the country at a level and at a rate that’s never happened before.”

A little vague, to be sure. But the speed and dishonesty of the reporting on Trump’s comments were astonishing. C-SPAN, ABC News, CBS News, and NBC News tweeted out video of the comments without the context of Mims’s remarks, and oh my Lord, how the retweets rolled in.

President Trump during California #SanctuaryCities Roundtable: “These aren’t people. These are animals.”

Pres. Trump refers to some who cross the border illegally as ‘animals,’ not people. “You wouldn’t believe how bad these people are.”

The president was holding a roundtable discussion with California elected officials who oppose the state’s sanctuary law.

“We’re taking people out of the country — you wouldn’t believe how bad these people are. These aren’t people. These are animals.”

President Trump says the U.S. has “the dumbest laws on immigration in the world” during a roundtable on sanctuary cities.

“These aren’t people. These are animals.” President Trump used the harsh rhetoric to describe some undocumented immigrants during a California “sanctuary state” roundtable.

I’m going to interject right here. CBS, besides lying about the statement by implying he referred to all immigrants rather than MS-13 gang members, is sending out more fake news. They are not “undocumented immigrants”…They are illegal aliens. See how they try and tweak the words to change the meaning? Frank…

But why not include Mims’s remarks? Why fuel the narrative of the White House as a hotbed of racist, nativist language?

I think I just answered my own question.

With their credibility constantly under assault, with their sanctimonious dictums about striving for the truth, with the endless bloviating about the administration’s supposed attacks on press freedoms, major media organizations let, at best, a misleading report, and at worst, an outright lie become Trump canon in the time it takes to send a tweet.

These are the same folks who screamed “deceptively edited” about the infamous Planned Parenthood tapes showing executives talking about harvesting aborted baby parts.

Even worse for them, these prominent outlets teed one up for Trump to attack them, in this case correctly, as fake news.

The New York Times characterized Trump’s remarks as him having “lashed out at undocumented immigrants during a White House meeting,” tweeting out the text of his remarks without the previous MS-13 statement for context.

Trump lashed out at undocumented immigrants during a White House meeting, calling those trying to breach the country’s borders “animals”

Trump referred to those crossing US border illegally as “animals” and slammed California sanctuary state laws as “deadly.”

Trump at anti-sanctuary cities event: “These aren’t people, these are animals”

The New York Daily News promoted a dramatic Thursday cover slamming Trump, saying he “hurls pure hate at immigrants,” underneath “These aren’t people. These are animals,” in large, yellow font.

The president thanked attendees at the roundtable who he said had “bravely resisted California’s deadly and unconstitutional sanctuary state laws.”

‘These aren’t people. These are animals.’ — The President of the United States on undocumented immigrants

Democrats got in on the fun, too. Senate minority leader Chuck Schumer (D., N.Y.) and Rep. Eric Swalwell (D., Calif.) attacked Trump over the reported comments.

“When all of our great-great-grandparents came to America they weren’t ‘animals,’ and these people aren’t either,” Schumer tweeted.

When all of our great-great-grandparents came to America they weren’t “animals,” and these people aren’t either.

“If you are a decent person and were in a meeting where @realDonaldTrump called immigrants ‘animals,’ you will denounce him NOW. Otherwise, what makes you any different?” Swalwell wrote.

IF you are a decent person and were in a meeting where @realDonaldTrump called immigrants “animals,” you will denounce him NOW. Otherwise, what makes you any different?

Individual media figures hit Trump over the comments as well or spread the misleading characterization. MSNBC host Andrea Mitchell said Trump’s “animals” comment was directed at “people trying to get into the country,” which is either the nicest thing anyone’s ever said about MS-13 or horrifically misleading.

A tough take down by the California governor after @realDonaldTrump calls people trying to get into the country “animals” not people.

Writers Charles P. Pierce and David Leavitt leapt on them as well. Leavitt, a freelance writer with bylines at CBS and Yahoo, added Trump “is a mother fucking Nazi.” You might remember Leavitt as the fellow who came under fire last year for tweeting poorly received jokes about the terrorist bombing at an Ariana Grande concert in Manchester, England.

You know who else inferred groups of people as “not people” and “animals” and deported them? Hitler. Donald Trump is a mother fucking Nazi

Again, for the mentally challenged lefties:

They ARE NOT “undocumented immigrants,” and they damn sure ain’t “immigrants” or “people trying to get into this country”…

They are ILLEGAL ALIEN INVADERS…

You libs think you are so very intelligent, so I know that you KNOW this! And our President was speaking about gang members specifically. You know that as well as you know that these gangs ARE animals. See for yourself…HERE…

Why pull off this stunt? Part of it is the mob tendencies of the Internet—one misleading clip can catch on like wildfire. Still, there’s no excuse for so many figures failing to exercise diligence and give readers the context they need to get the truth.

It’s no accident that this consistently happens to one side. It’s no coincidence the press speaks the same language on gun control, abortion, and immigration.

So there’s no sympathy for them when the industry’s credibility is further eroded every time something like this occurs.

MS-13 is responsible for countless murders, rapes, robberies, and other violent crimes. If there is something—anything—that could unite us, it could be that its members are disgusting cretins, or “animals,” to use the president’s preferred vernacular.