This is the worst possible story for the mainstream anti-Trump media.

“President Trump commends his Administration’s comprehensive actions, especially ICE’s actions, in removing this war criminal from United States soil,” Sanders declared in a statement. “Despite a court ordering his deportation in 2004, past administrations were unsuccessful in removing Palij. To protect the promise of freedom for Holocaust survivors and their families, President Trump prioritized the removal of Palij.”

According to the White House, Jakiw Palij was born in an area of Poland that now belongs to Ukraine. He immigrated to the United States in 1949 and became a U.S. citizen in 1957. “During the United States immigration and naturalization process, he concealed his Nazi service and his participation in human rights abuses,” telling officials he had spent World War II working on a farm and in a factory.

In 2001, Jakiw Palij admitted to the Department of Justice that he trained in 1943 at the Nazi SS Training Camp in Trawniki, in German-occupied Poland. Men who trained with him participated in “Operation Reinhard,” a code name for the Nazi plan to murder Jews in Poland.

Palij also likely took part in one of the worst massacres of the war at Trawniki Labor Camp. Approximately 6,000 Jewish children, women, and men were shot on a single day, November 3, 1943.

“By serving as an armed guard at the Trawniki Labor Camp and preventing the escape of Jewish prisoners during his Nazi service, Palij played an indispensable role in ensuring that the Trawniki Jewish victims met their horrific fate at the hands of the Nazis,” Sanders declared. “Palij’s removal sends a strong message:  The United States will not tolerate those who facilitated Nazi crimes and other human rights violations, and they will not find a safe haven on American soil.”

The story gets even more perverse, however. According to Business Insider’s Alexandra Ma, Jakiw Palij was living on welfare.

Yes, a Nazi war criminal was allowed to remain in the U.S. from 2004 to 2014, living on welfare, until President Donald Trump finally carried out his removal.

This deportation is one more promise fulfilled under Trump.

Everything about this story stinks for the anti-Trump mainstream media.

ICE deports Nazi who was living on welfare.

ICE deports Nazi who was supposed to be deported in 2004, but neither George W. Bush nor Barack Hussein Obama had been able to convince Germany to accept him back.

Trump convinced the Germans to take him, and give him a trial for his crimes.

Under Trump, ICE was finally able to send the Nazi packing, back to justice.

In one more bit of hilarious irony, Palij was living out his days in the very congressional district democratic socialist Alexandria Ocasio-Cortez is seeking to represent.

Ocasio-Cortez wants to abolish ICE, the very agency that escorted this Nazi back to Germany to face the music.

When you go to vote in November, and especially in 2020, remember Jakiw Palij. 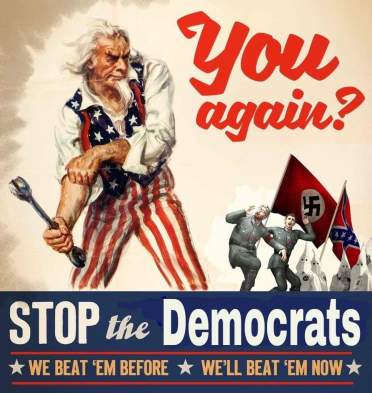 Remember that for fourteen long years, a Nazi war criminal was living in the U.S. and collecting welfare checks, until Donald Trump empowered ICE — the very agency liberals want to abolish — to finally do its job and kick out this despicable man.

One thought on “Under President Trump, ICE Deports the Last Nazi in the U.S….”