Yet another great news item the Establishment Media is trying to ignore because it reflects so positively on the job Donald Trump is doing as president.

The number of black-owned businesses is up by 400% since this time last year.

As black unemployment remains at historic lows, The number of small businesses owned by African Americans in the United States has exploded by 400% year-over-year, according to a survey of more than 2,600 small business owners and entrepreneurs by Guidant Financial.

The survey reveals that in 2018, 45% of small business owners were minorities – up from just 15% three years ago, with the majority of them belonging to African American owners. 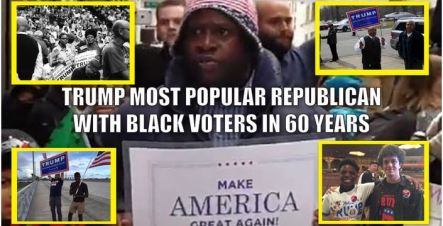 Looking more closely at the data, we find that the majority of black business owners are between 40-49 years of age, while the #1 state for the demographic is Texas, followed by Georgia, California, Florida and North Carolina.

Hey, Democrats…how ya gonna spin this???