Let’s see…Retailers are saying this: 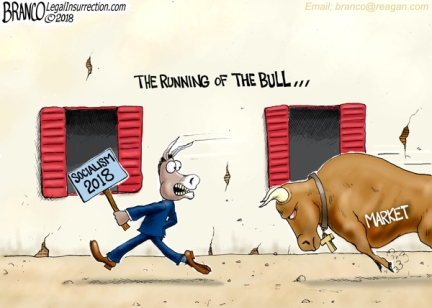 An unprecedented run of orders for big rigs has pushed the backlog at truck factories to nine months, according to industry analysts, the largest since early 2006, when truckers stocked up to get vehicles in place before tougher environmental restrictions would take effect. Typically the backlog is about five months for the truck industry’s manufacturers, analysts said.

“It is longer than it should be,” said Magnus Koeck, vice president of marketing for Volvo AB’s North America operation, where Class 8 truck orders this year soared to 25,000 from 11,000 during the first six months of 2017. “Of course we are not alone in this situation,” he said. “Everyone is in the same boat.”

North American freight-haulers ordered more than 300,000 Class 8 trucks in the first seven months of this year and are on track to order a record 450,000 of the heavy-duty vehicles for the full year, according to ACT Research. That would be the largest book since 2004, when orders reached 390,000, according to analysts.

[…] Freight-hauling fleets are trying to keep up with swelling demand in a robust U.S. economy even as they say they face difficulty finding drivers. New trucks are one recruiting tool, and the new vehicles also get better fuel mileage—an attractive feature for fleets as other costs are rising. (read more)

Fleet companies making this scale of an investment is one of the more visible performance indicators that we haven’t seen anything yet.  The Main Street economy is only just beginning to get started.   This is the beginning, of the beginning, of the most massive middle-class economic expansion in the history of our United States.

Here, lets review what the left has said…

Now let’s look at the TRUTH:

6 thoughts on “What the Democrats and Their “Media” Allies are Hiding From You: President Trump’s Policies Has Our Economy BOOMING…”